Find a Business VALUE MY BUSINESS
You are here: Home > Why EB-5 goes wrong for some investors: an immigration lawyer shares insight

Why EB-5 goes wrong for some investors: an immigration lawyer shares insight 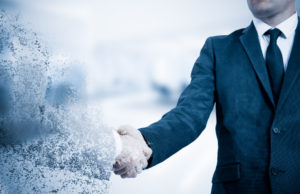 Miami immigration lawyer who focuses on helping unsuccessful EB-5 investors shares some valuable lessons — all the more important with investment levels rising sharply in a few months. He cites the language barrier, “culture barrier,” and conflicts of interest as reasons why some applicants invest in the wrong project.

More about the barriers & advice for EB-5 investors

Isaac Marcushamer is a Miami attorney who works with many EB-5 investors whose dreams of a Green Card became more of a nightmare. He tends to work with middle-aged, successful foreign nationals who have wanted to migrate to the States.

While most of his clients had some business success in their homelands, Marcushamer explains why these formerly accomplished people sometimes put money into the wrong EB-5 investments. It often starts with “cookie-cutter” documents that are difficult for foreign investors, some who don’t speak English, to fully understand. And as, typically, the Americans putting the deal together don’t speak the native language of some investors, that language barrier is a big reason.

Marcushamer also cites what he calls a “culture barrier” as a related reason that can lead to investor failure. While American business culture values the written word over the spoken one, that’s not the case with all business people from around the world. “If you go to Latin culture, you’ll often find that Latin people are willing to sign a paper that doesn’t say very much, because they have trust and confidence in what the person simply told them would happen.” The language and culture barriers add up to what he calls a “recipe for disaster,” especially for investors who are very driven to move to the U.S.

Despite having dealt with so negative EB-5 experiences, Marcushamer isn’t soured against the program. Being an immigrant himself, he values having such a program available and believes that if the U.S. doesn’t offer it, investors will turn to other countries that do.

Work with an Attorney

However, his experience does give him insight into how the program should be changed. “I wish it would be absolutely required that there’d be no conflicts of interest whatsoever.” He is staunchly against the situation where one law firm represents the investors, the deal arrangers, and the regional center. He also believes that it should be mandated that EB-5 green card applicants work with a U.S. lawyer who can explain an investment fully to them in their mother tongue.

Beyond these measures, he would like to see that the “sponsor has some real skin in the game,” harsher penalties, and more government funding for enforcement.

The immigration lawyer points out the obvious, but it still is worth contemplation: with the Nov. 21, 2019 changes, the “dollar numbers will be bigger, so the stakes will be higher.” Investors would do well to heed Marcushamer’s advice and fully understand the project they’re looking to invest in and ensure communication is clear and full.

This article came from Green Card by Investment.